Flashforge is closed from Jan 16th - Jan 29th (GMT+8) for the Spring Festival. Support and email reply may be delayed. Thanks for your understanding. See you soon~

Brief about What Matthias is Doing

Matthias does not directly cooperate with many industries, but in general, he participates in the auto industry. In his program, Flashforge 3D printers, Guider IIs and Creator 3 are almost exclusively in the automotive sector.

The first branch of the auto industry is ambulance accessories. In Germany, there is a unique system where the paramedics do not have to call for a doctor on the spot. The doctor can connect to the vehicle via a mobile phone connection, he can see the patient via a camera and communicate with him via loudspeaker and microphone. Patients’ vital data, e.g. the ECG, are also transmitted.

Headsets must be charged while driving so that the paramedics can communicate with the doctor. Matthias has been able to produce the holders for this with Flashforge 3D printer, here the headsets are not only held but also charged during the journey.

Matthias’ other cooperated branch in the auto industry is the fire engine. They printed housings for additional turn signals, an extension of the center console (which we then covered with imitation leather), and special attachments for the front flashers. Meanwhile, they printed adapters that fit into the cup holders and on which a tablet can be attached.

From Matthias, we acknowledge that he has been able to do a lot of exciting and challenging projects lately. Mostly are depends on Guider IIs[M1]. Meanwhile, it has been working over 1200 hours of operation and shows no signs of wear yet.

ASA and PLA are most frequently used by Matthias. Especially for Guider IIs, ASA has been used for a long time. ASA prints by Guider IIs present perfect characteristics and performance on the vehicles. It is quite firm and will only deform at relatively high temperatures. Therefore, most of the work is processed with ASA.

For PLA filament, Matthias mainly uses it for test prints and for prints that are installed in the vehicle interior, such as the headset holders.

In recent, Matthias added Creator 3 to the production line in seeking of better-optimized production. From his observation, the quality of the prints is quite well, they hardly have to rework anything. Apart from the first attempts with ASA on the Creator 3. PLA works perfectly on both printers.

The thickness is more than sufficient on the printers, especially if you adjust the fill rate to the expected load. Creator 3 is a worthy new attempt for Matthias.

A Perfect Optimized Tool in ALL Concepts

Whether in timesaving, efficiency, or accuracy, Matthias insists on the magic of Guider IIs 3D printers. He said we can no longer imagine our everyday life without 3D printers. Of course, that is an exaggerated word. However, we could still have a glimpse of 3D printers’ power. 3D printing gives producers the freedom to adapt to every customer’s requirement. Once the manufacturer provides the original CAD data (for example with the VW Caddy of the fire brigade), the work can start very quickly because there is no more time to make large measurements and test prints. 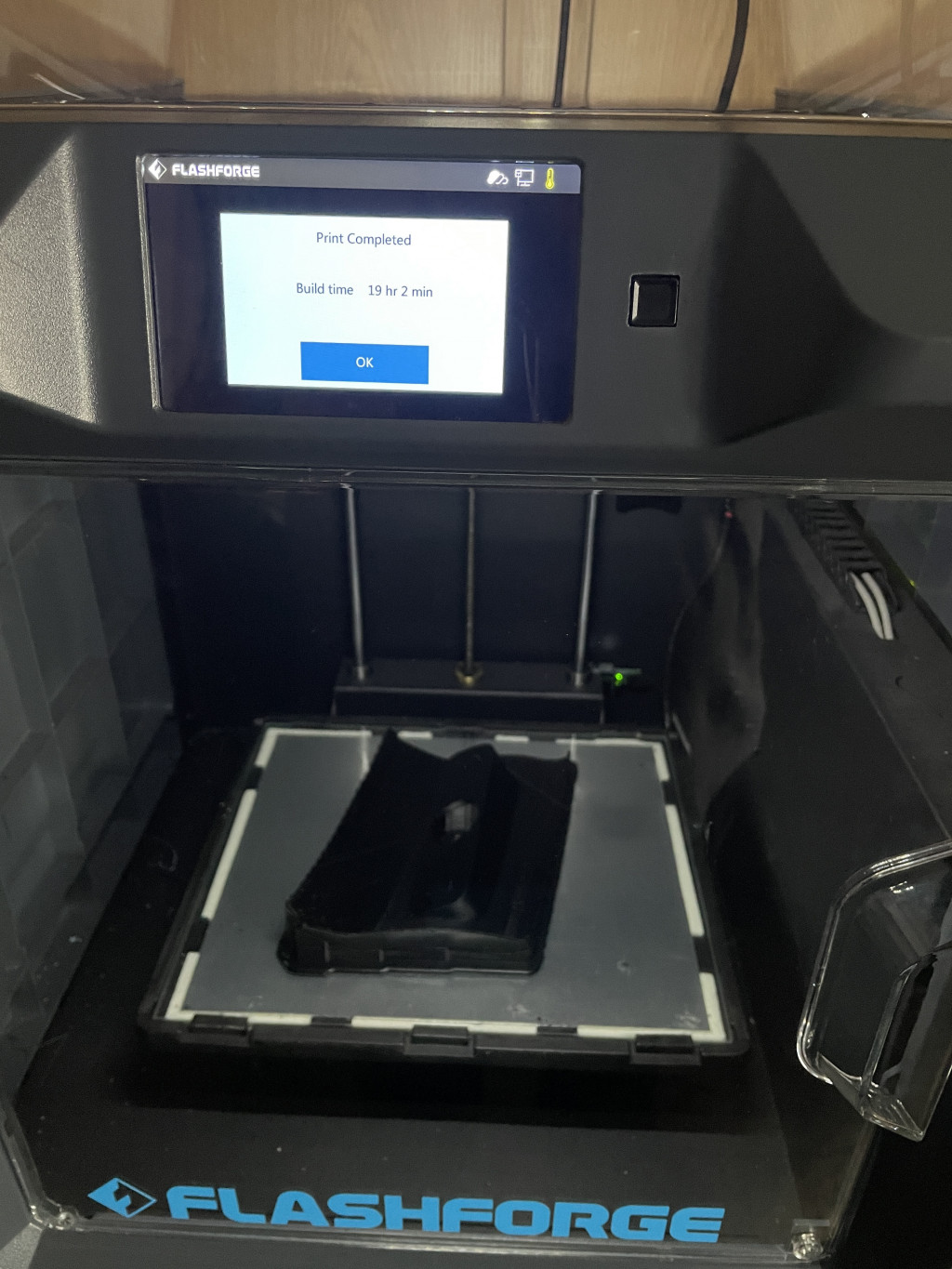 Matthias no longer cared about the product scale, even though it was quite small. Whatever only 1 part or 20 times the same one. There is no other manufacturing process that is as fast and customizable as 3D printing.

Matthias is Flashforge friend and contact with us for a long time. Flashforge is excited to see how Matthias improves and makes progress in his job. 3D printers have already become the first option for small-scale producers. It means higher efficiency, less limitation in production scale, and lower cost.  If you are looking forward to optimizing your production methods or adding anything new innovation, Flashforge’s professional 3D printing solution team will assist you in planning a new 3D printing production line.

Previous article: Why have these three 3d printer filaments become the most common printing material?

Next article: Does your transparent PLA reach the best printout effects?