Flashforge Creator 4, with two independent extruding assemblies, is matching with 3 extruder options (Extruder-F for flexible filament, Extruder-HT for engineering filament, and Extruder-HS for carbon fiber composite). Users can select and install any 2 of the 3 extruders. For this TUP filament printing, I used the Extruder-F.

TPU is a flexible filament that is similar to plastic rubber. 3D printer TPU filament is often used for printing items with flexibility properties, items such as mobile phone cases, model car tires, and footwear soles. I was quite excited at printing this iPhone 8 case for my personal mobile Phone!

Read this: How to make parameter settings in slicers? for slicer setting. 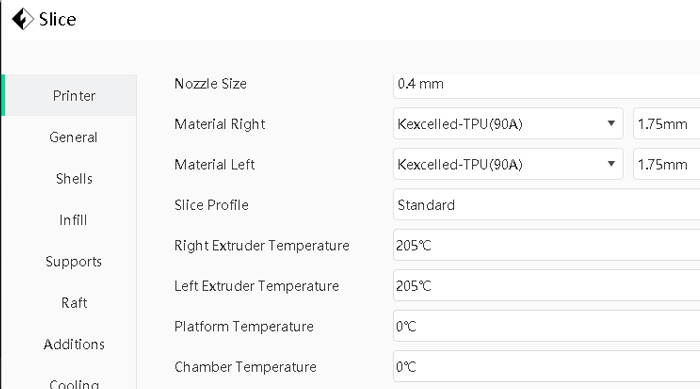 One thing to remember before the slicing procedure is Creator 4 is set by default using right extruder for printing. For want of left extruder printing, remember to right click the model and choose left extruder.

My 3D print flexible material of TPU went well. I put the printed iPhone case on my iPhone!

ASA has similar strength and toughness to ABS, but with improved properties. ASA is much more UV-stable and insensitive to moisture than ABS. Many plastic objects used home and outdoors are made from ASA materials. 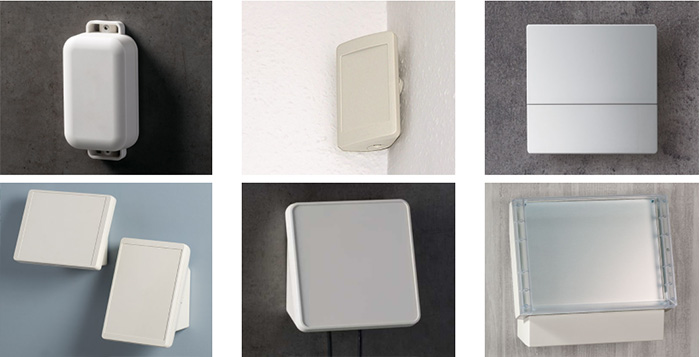 Getting the ASA filament, I printed the same iPhone case. Filament changing from TPU to ASA, I need to reset the slicing parameters. This step went all smooth. A great advantage of using the matched official slicer of Flashforge Creator 4 is the parameters are set well by default. When I swap the selection of materials to ASA, all other parameters, including Extruder temperature, platform temperature and chamber temperature, are being swapped at the same time. 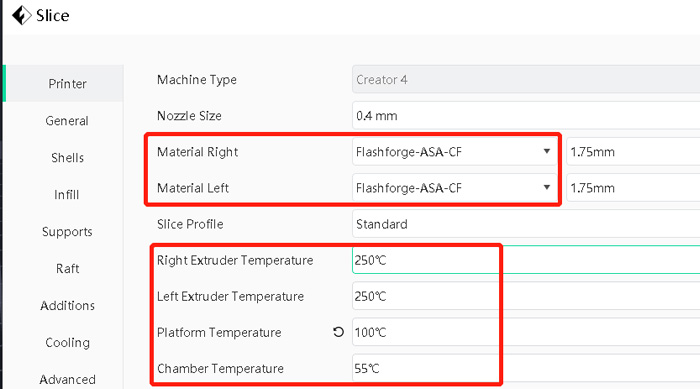 For successful printing of ASA filament, it’s critical to make the chamber well sealed so that the no draft air flows in and the inner temperature keeps warm. Otherwise, you may meet print failure or model shrinkage problems. My ASA filament is white, so the final printout is a white iPhone 8 plus case. 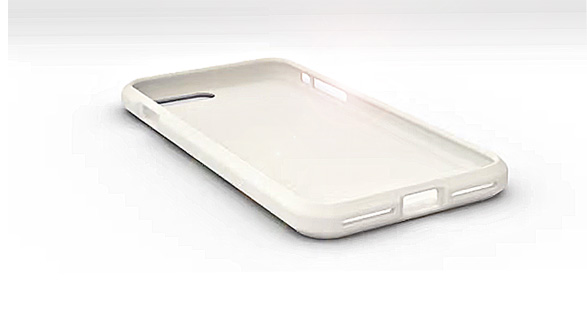 This article showed my practical experience separately printing with TUP filament and ASA filament on Flashforge Creator 4. The final printouts are different in touch sense and in physical properties. A big difference is the TPU iPhone case feels flexible and it can be bent and then recover to the original, while ASA phone case is relatively harder.

Anyway, both TPU and ASA 3D printer filaments are commonly used for printing functional parts that are expected to be used in engineering industries. Flashforge Creator 4 is a qualified 3D printer capable of making high-precision stuff satisfying people's needs from various industries.

How many types of Flashforge 3D printers are there?

A funny 3D print gadget for those who are heavily dependent on mobile phones!