3D printing provides a totally new manufacturing method for precise machining. Such as drone and aircraft production. Chance has been given, will 3D printers take it?

Here is the basic details of Twente DroneTeam entry:

The goal is to build the best drone for humanitarian aid. The drone must be able to deliver a package of up to 3kg to specific points, recognize a ground marker, climb, and glide within a certain distance all fully autonomously.

As for the UAS challenge progress, DroneTeam Twente has been working hard on creating a drone that is reliable and fully functioning. Two tests had been done for the aerodynamic frame. Problem are now being solved constantly. After two-time tests, conditions weren't in their favor. The drone is a very innovative and new design it is hard to perfect. After these two crashed, team members collected data and take them back to the lab for evaluating what need to be changed. They figured out the point is on the wing, which did not give enough life to stay in the air. Another factor that could be optimized is the printing nozzle size: 0.8mm nozzle strengthens the drone parts stronger. Here are the benefits of 3D printing appear: change the parts only and keep the remain invariable. 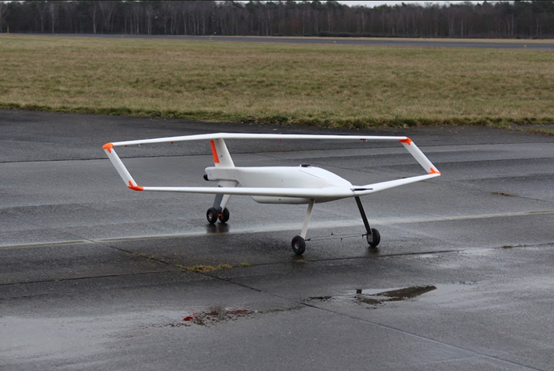 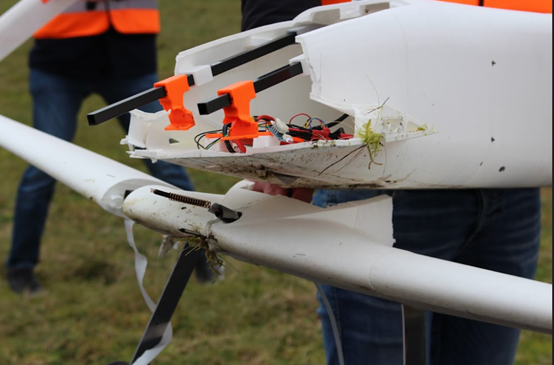 Over the past years, DroneTeam Twente has been using 3d printers to fully 3d print our drone. The benefit of 3d printing in drone production is the simpleness of iterating. If something breaks, it could be re-printed in a day or two. It also helps the drone become more modular. Due to the print bed of 3D printers is not extremely large, the requirements of printing small parts have been come up with. 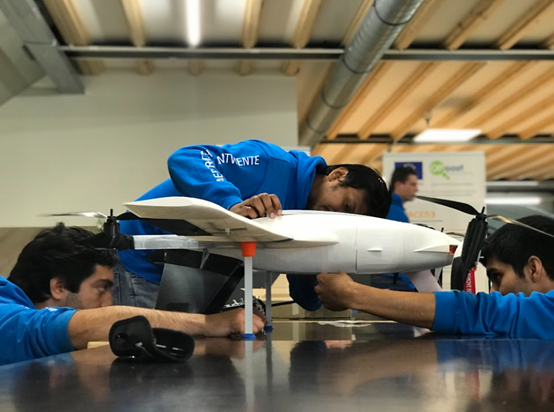 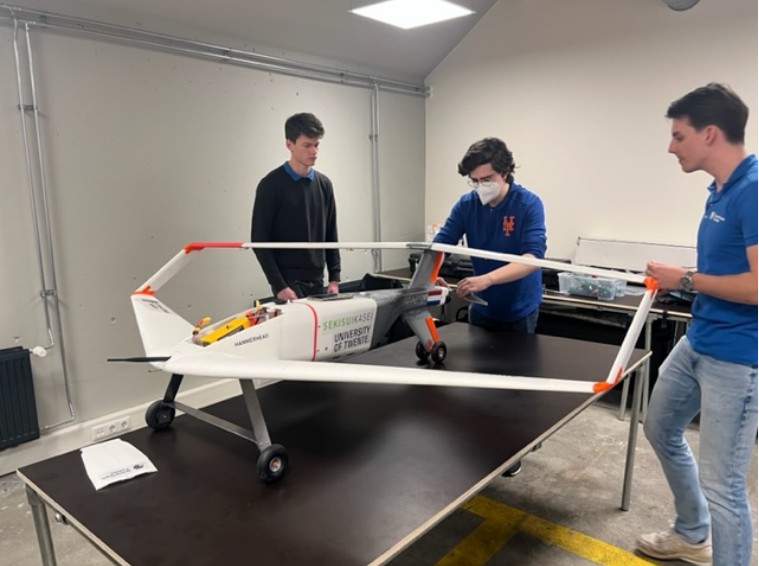 Guider IIs is a team member’s unworried helper. The bigger printing platform and 0.8mm nozzle allow fast printing of the largest part of the drone, which is basically used on the drone’s shell. Other 3D printers are used in producing small parts such as joints, control surfaces, and so on. 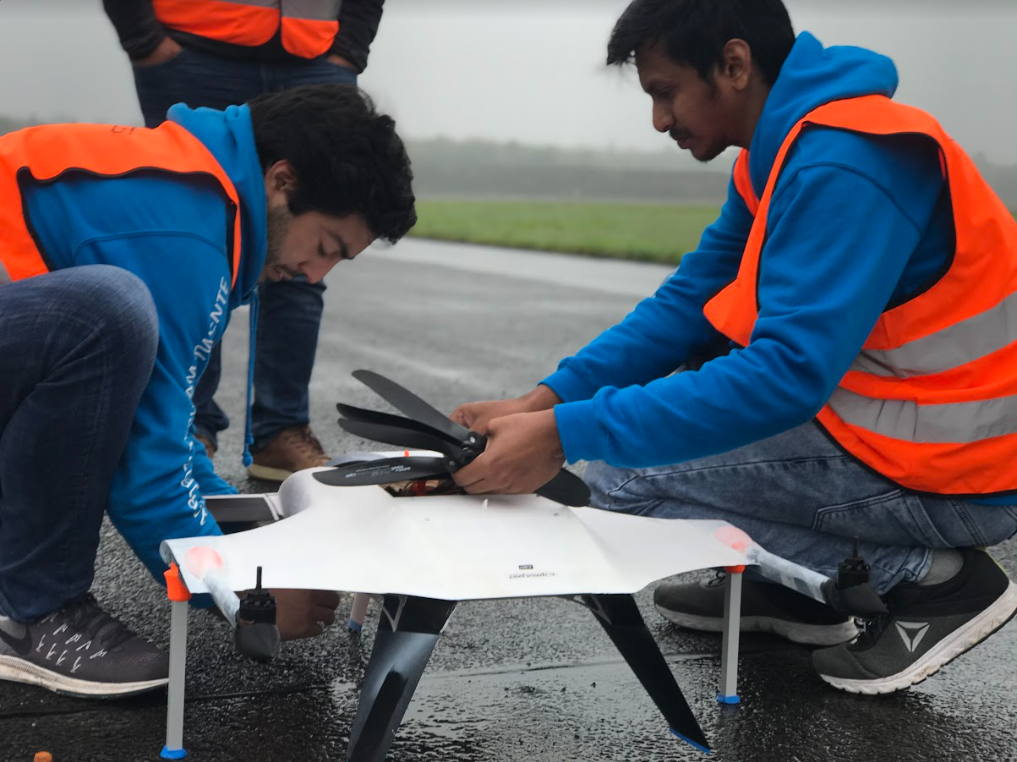 3D Printing is now in the Space

In 2015, an American company called Rocket Lab announced that it had developed the world's first battery-powered rocket and that the engines were almost entirely 3D printed. The low-cost launch system comes in the form of the Electron, a Rutherford engine that can be 3D printed in less than 24 hours. The engine's main propulsion valves, injectors, pump, and engine chamber were 3D printed by electron beam fusion, and the engine itself is the first of its kind, using electric motors instead of gas to create a lighter, more efficient machine.

In private aircraft cases, CMC (aircraft maintenance and repair company) found that many parts of the private aircraft have been discontinued. Just like the automatic customization, they paid attention to 3D printers. After adopting 3D printing tech in customized parts production, they have made over 100 kinds of parts, including panels, thermostat panels, and buttons. 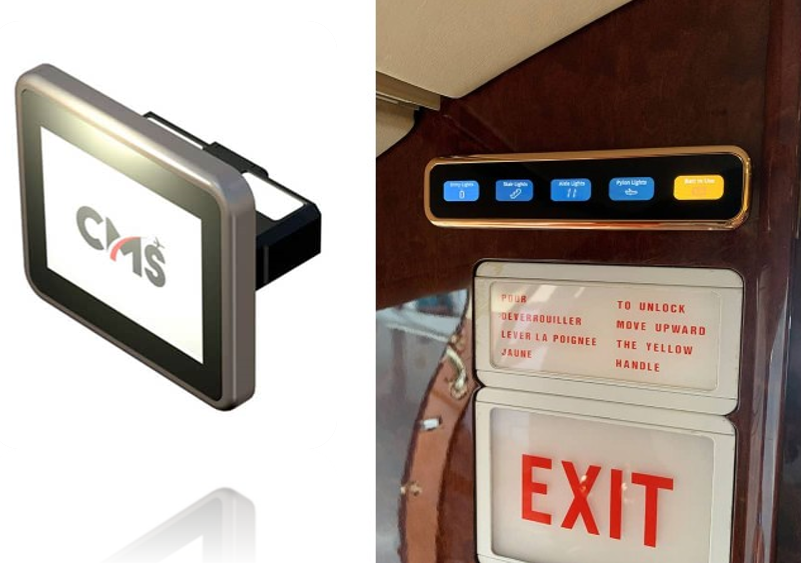 Similar purpose as Satair in Danish. Since 2020, Satair practiced 3D printing for aircraft production. Satair produced 3D printed parts, the wingtip fence of the A320ceo aircraft, with the certificated metal material. It highly reduced 45% of the total cost.

The beauty of 3d printing is that a drone could be made anywhere if there are 3d printers. This allows team members to implement drones in other places around the world. All one needs is 3d printers, some filaments, and other electronics.

Mold building is a necessity no more. From design to production, the only tool is the computer and a 3D printer.

2) Complex to simple
In terms of traditional manufacturing, the more complicated shape the product has, the higher it costs.

For a 3D printer, the cost is no matter the shape of the product.

3) Economic choice
3D printing means addictive, not cutting, grinding, or corrosion. It achieves full use of the raw material.

Compared to traditional processes, 3D printing can make full use of powder and filament during processing, reducing waste caused by cutting, etc.

improving the utilization of materials and reducing manufacturing costs.

The 3 factors decide the manufacturing revolution in the future. As so far Flashforge has cooperated with institutions in different industries. Guider IIs and Creator 4 have been put into the artistic furniture production line. Creator 3 has been applied to facial prostheses building. Whatever the industry is, Flashforge is always in the first line. We are looking forward to the success of DroneTeam Twente in July’s competition, and Flashforge will keep paying attention to their progress and report.