How much do you know of filament 3D printer?

Standard products of 3D printer filament are often packaged in a little box, with the long plastic filament winding around a steel reel. Insert the end of 3D printer filament into the feed port of the 3D printer, tap “start printing” on 3D printer’s touchscreen, it will starting build 3D object. 3D printers that can use multiple filaments are typically more expensive than those that can only use one type of filament. 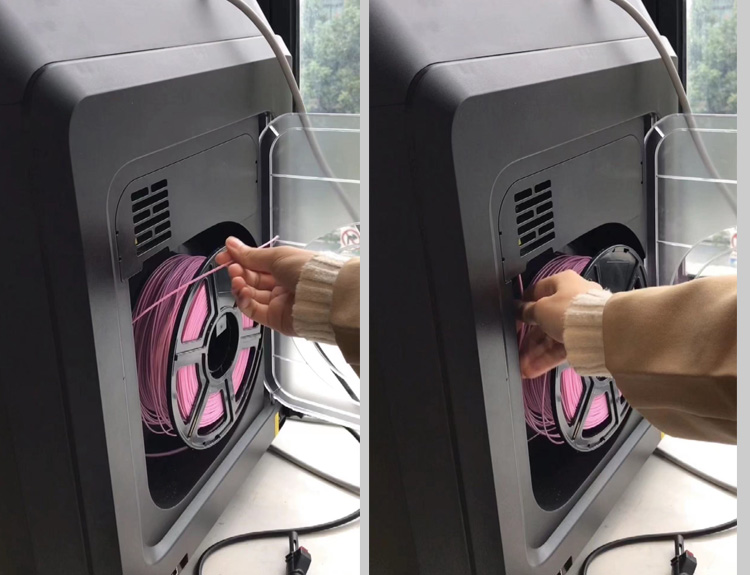 ▲Filament inserted into feeding port of the 3D printer

3D printers feeding on thermoplastic filament are called filament 3D printer. Actually such printer is formally called FDM 3D printer, which makes use of FDM (Fused Deposit Modelling) 3D printing technology. To interpret it simply, Fused Deposit Modelling is such a technology that making thermoplastic filament melted under certain temperature(generally 180-250℃) and then extruding the liquid filament to build 3D models. It’s the extruder assembly of the FDM 3D printer that plays this role. 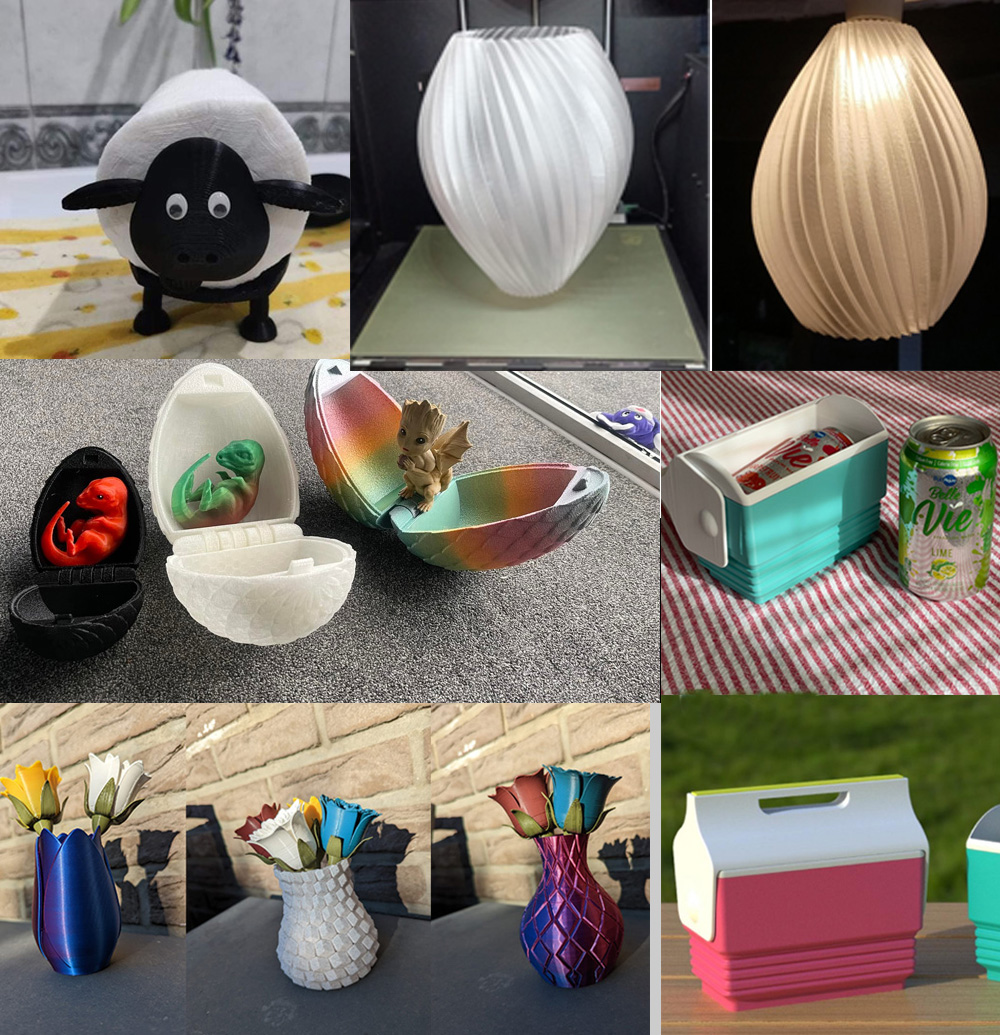 You can decide which filament to use based on what application scenes of your 3D printed objects. If you need print a strong part with flexibility (a mobile phone case or a RC-car tire), you can use the filament made of TPU plastic. If your 3D printer is the enclosed type and with heatable print bed, you can also select ABS filament for such cases. If you have no much demand on toughness, strength and pressure tolerance of the part/model (like, you just want to build a beautiful physical model), then use PLA filament, which is less expensive and prints faster. PETG filament can be treated as an premium alternative of PLA filament. 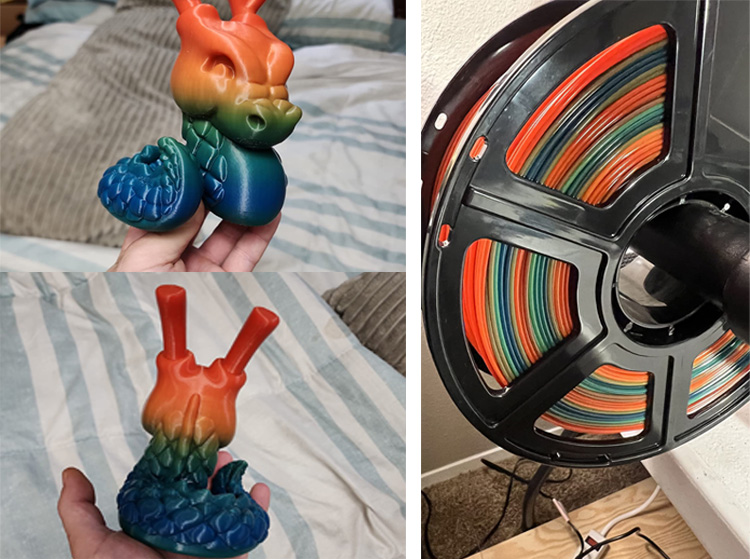 How to select the best filament for 3D printer

Packaging issues. 3D printer filament products are with sealed packages to prevent moisture. So, first check whether the package is leaking.

Observing the color. Except filaments of gradient colors, others are monochrome. Please check whether there is color difference on the filament surface. Whether the color is uniformly distributed.

Impurity spots. If the 3D printer filaments are not well disposed during processing, there would be speckled impurities on the filament surface.

Diameter accuracy of the filament. There are generally two diameter specifications of filament for FDM3D printers, one is 2.85mm in diameter and the other is 1.75mm in diameter. There is no properties difference between the two, but some 3D printer structures require thicker filaments. The most common is the 1.75mm. 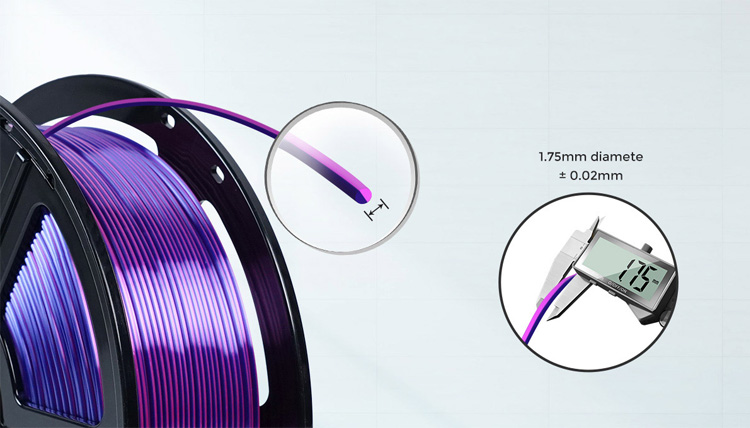 Testing print effect. When printing the first layer, you should pay attention to whether the extruded filament is uniform; and whether there are air bubbles during the printing process. Check the print effect after printing, whether the model surface is smooth, precisely printed, or no layer leaking. Remember not to frequently change your filament type, otherwise the 3D printer units will be easily blocked.

There are many ways of purchasing, whether offline or online. You can go to a physical store where the filament for 3D printers is directly accessible, or you can visit online stores specialized on 3D printer and 3D printer filaments. In such a case, you’re suggested to browse the comment area of the product page, finding related descriptions and decide which is the best filament to purchase.

How to Choose Proper Filament for Your 3D Printer?